Jacques Copeau in 1917 (National Bibiotheque – Department of Arts and Entertainments) 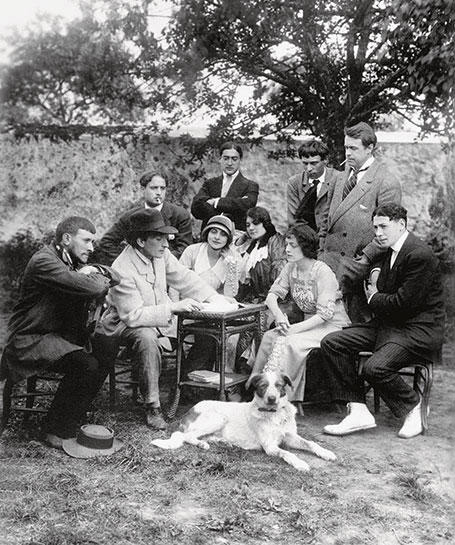 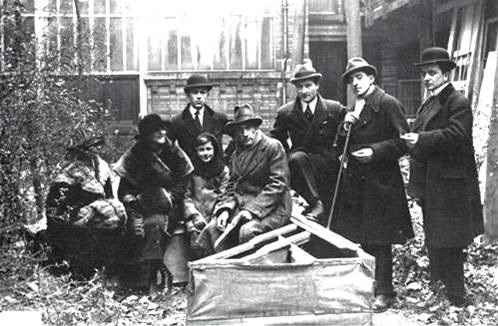 1903-1905 Beginning of a friendship with André Gide, Jean Schlumberger, Henri Ghéon. Works at the Galerie Georges-Petit and for several journals as a theatre critic.

1917-1919 The Vieux-Colombier company settles in the United-States: two seasons at the Garrick Theatre in New York, where Louis Jouvet stages a new theatrical set-up.

1924 –  May :  Presentation of the exercises of the School and of Kantan, by Zeami, staged by Suzanne Bing. Closure of the Theatre.
September Creation of a theatre community in Burgundy, in Morteuil, which gathers most of the School’s students. The Burgundian farmers name them ‘the Copiaus’.

1927 Copeau stays in the United-States. The Copiaus go on tour in France, Belgium and the Netherlands.

1929 – May : Dissolution of the Copiaus. Press campaign for Copeau’s nomination as the administrator of the Comédie-Française. Copeau starts writing Le Petit pauvre, a play about St. Francis of Assisi.

1931 Publication of the Souvenirs du Vieux-Colombier.

1933 –  May : Stages Le Mystère de Santa Uliva in the cloister of Santa-Croce, in Florence.

1935 –  May : Stages Savonarole on the Piazza della Signoria, in Florence.

1936 Appointed ‘‘staging technical advisor’’ at the Comédie-Française by the Popular Front government, with Charles Dullin, Louis Jouvet and Gaston Baty, under the administration of Edouard Bourdet.

1940 –  May : Appointed administrator ad interim of the Comédie-Française, as a replacement for Edouard Bourdet, who is hurt. Under the pressure of the German occupiers, he accepts the resignations of the Jewish comedians.

1941 – January :  Confirmed in his post by the Vichy government, he is ousted of the Comédie-Française under the pressure of the German occupiers.

HISTORY OF THE HOUSE